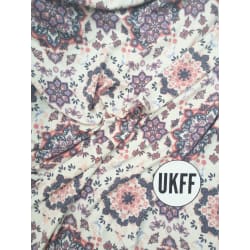 Giving away 1m of the Medallion on Cream 4way stretch french terry!

Consolation Prize: 10% off ready to ship items for participating!

Anyone who enters but doesn't win the Medallion on Cream French Terry will receive a code to unlock the discount.

UK Fashion Fabrics has received up to 360 karma for delivering the prize!

See The Moon and Stars

Feel and smell good with this body butter giveaway